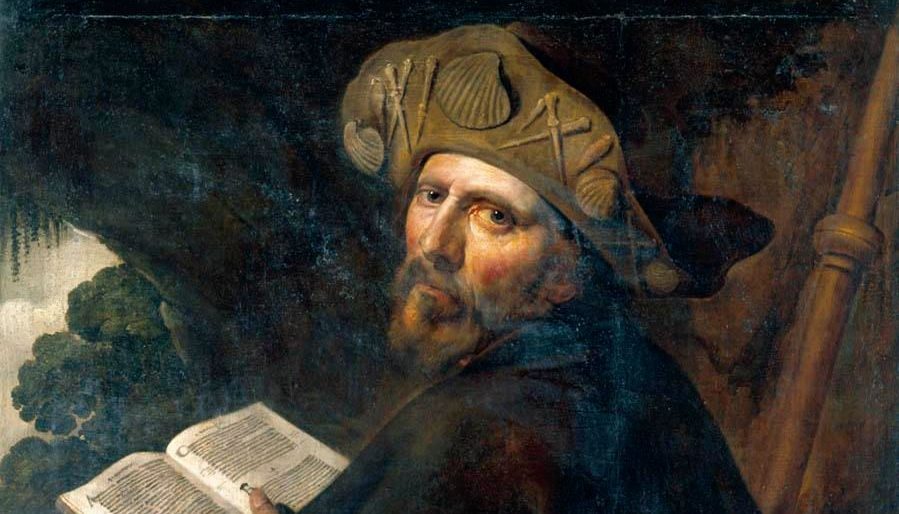 “He walked along from there and saw two other brothers, James, the son of Zebedee, and his brother John. They were in a boat, with their father Zebedee mending their nets. He called them and immediately they left their boat and their father and followed him.” Mathew 4:21-21

James along with his brother John were known as the “Sons of Thunder” possibly due to their assertive temperaments. They were fisherman, the sons of Zebedee, and were called by Jesus while mending their fishing nets. James was one of only three apostles (the others being Peter and John) chosen by Jesus to witness his Transfiguration. He also witnessed the raising to life of the daughter of Jairus, and the agony in Gethsemani. After Jesus’ resurrection James went forth on mission to preach the way of the Lord. He traveled in Israel and then went on to Spain.

When James returned to Judea he was arrested and beheaded by King Herod Agrippa (the grandson of Herod the Great) in 44 AD. He was the first of the apostles to be martyred. His remains were eventually returned to Spain and buried at Compostela. The Comino de Santiago, “The Way of St. James” continues to be a popular spiritual walk of pilgrimage.