Skip to content
Evangelizing downtown with the Via Crucis 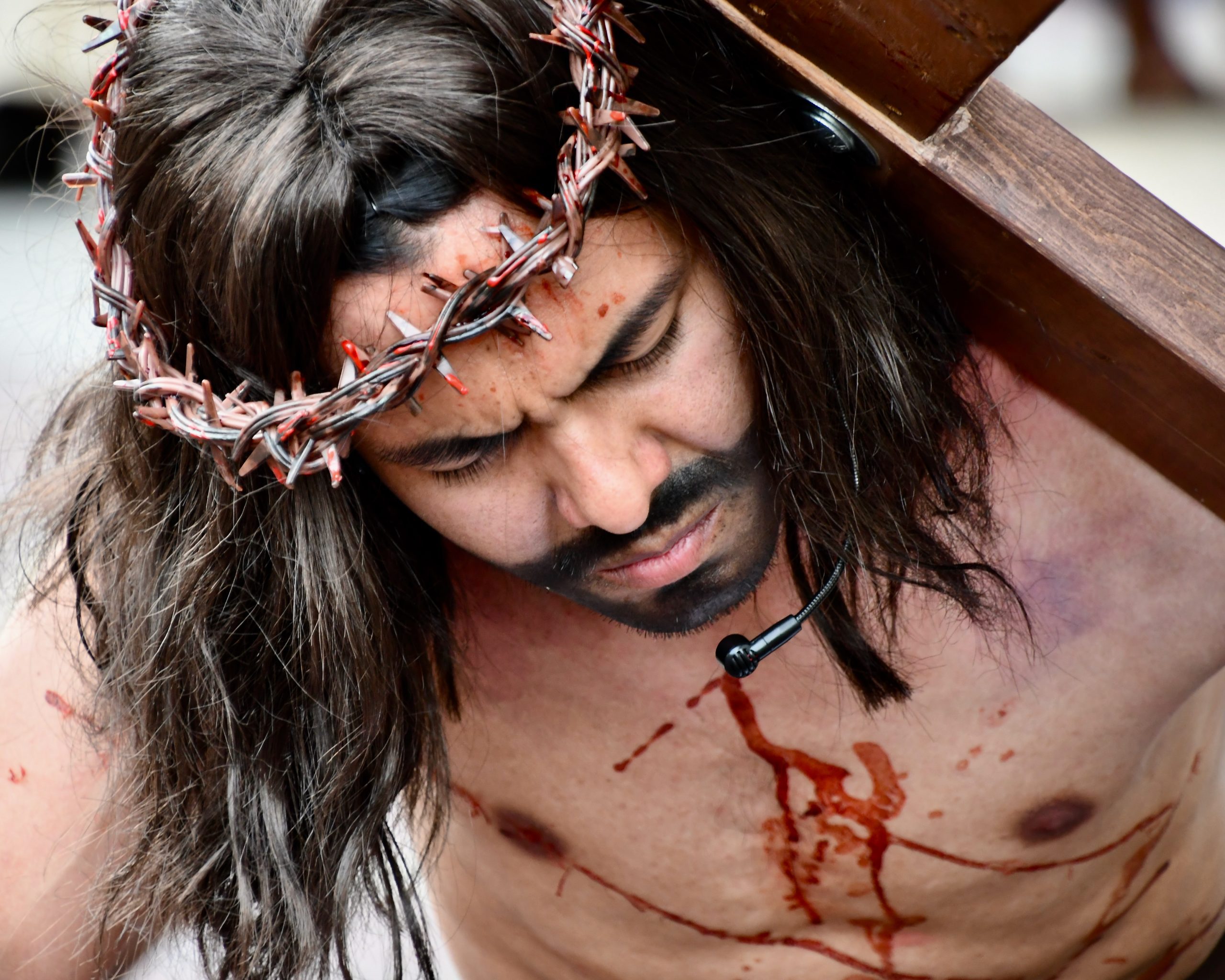 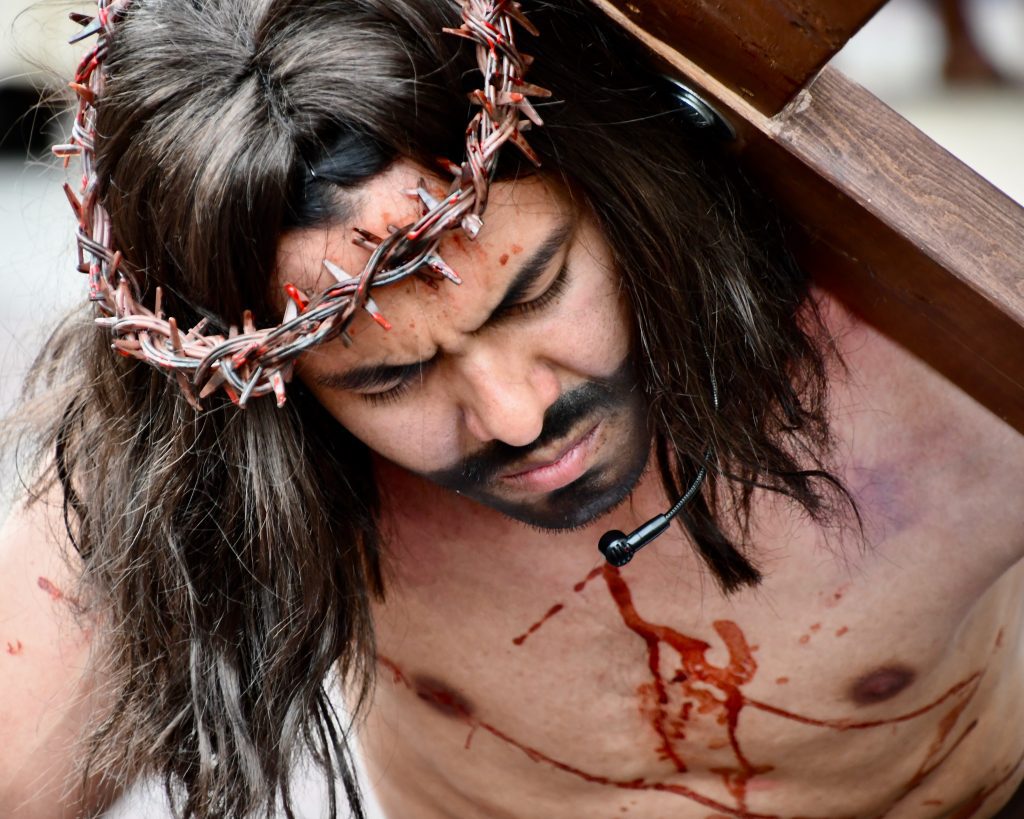 Evangelizing downtown with the Via Crucis

ORLANDO | On the eve of Palm Sunday, April 14, a crowd gathered in front of St. James Cathedral in Orlando to watch a live Via Crucis – the Stations of the Cross acted out in the form of a play. It is the first time an event of its kind took place out on the street, presenting the opportunity to evangelize in the heart of downtown.

The Via Crucis was the dream of Cristina Hinostroza, parishioner at Most Precious Blood Parish in Oviedo. Growing up in Tijuana, Mexico, the memories of this beautiful re-enactment are still vivid in her mind. Seven years ago, she began to pursue her desire to bring it to her parish. In 2017, that became a reality. However, it was a surprise when Anibel Beltran, Hispanic Ministry director of St. James, called her to bring it downtown. Gladly, she and the cast of 50 agreed.

“It is very emotional,” she said. “During rehearsal my eyes watered. When you really live it, you are accompanying Christ. In Tijuana, you walk through hills. It takes up to two hours and it impacts your Lent in a different way.” She added, “You think you know the story, until you see him suffering.”

When Hinostroza arrived in the United States 20 years ago, she realized many of the customs she held dear, such as the Mass for the Virgin of Guadalupe, were not celebrated. She set out to change that practice and eight years ago, coordinated with her pastor at the time to begin an annual Virgin of Guadalupe Mass at 5 a.m., on her feast day. With that experience behind her, coordination of the Via Crucis began.

Three years ago, with 50 characters and many more behind the scenes volunteers, they began put together the dialogue, planned the wardrobe and built the props. They asked for donations of sheets, curtains and fabric while women stepped up to sew the costumes. They raised money to purchase guards uniforms and slowly everything came together.

Deacon Carlos Sola, of St. James Cathedral, offered a short homily on the steps of the cathedral after the Via Crucis. He noted, just as Jesus carried His cross through the streets to Calvary, today this visual presentation enables us to experience what that may have been like. He said, “With our presence, we are manifesting to all those who pass by, our faith, our confidence in the Lord who saves us. We are entering Holy Week, a week that helps us synchronize with Christ, what He taught us and what He lived and the direct consequence between what He said and what He did… In the cross, we see nailed, the love of Christ for His Father and for us. In the same way, we should have, nailed to the cross of our existence, our love of the Father and the love of our brothers and sisters.”

As for Hinostroza, she emphasized, “What I hope is that seeing it, people change their way of thinking so that they might live out the remainder of Lent differently.”